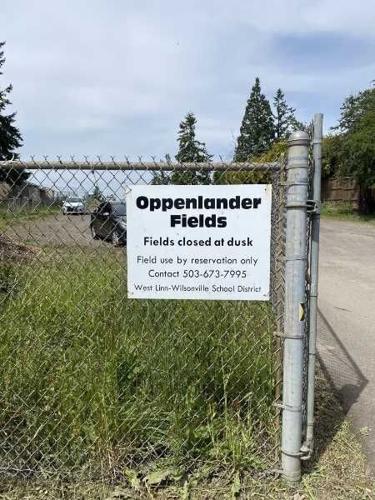 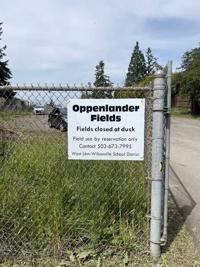 Oppenlander Fields, a 10-acre parcel on Rosemont Road in West Linn, are currently the subject of a legal battle between the city of West Linn and West Linn-Wilsonville School District. 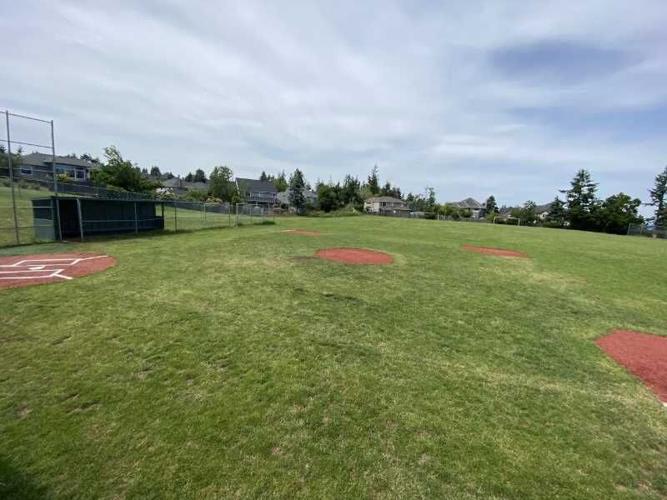 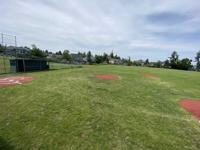 The Oppenlander property has been used by youth sports teams for around 40 years.

With West Linn residents still wondering what will become of Oppenlander Fields, the city of West Linn has proposed a solution to the West Linn-Wilsonville School District: asking West Linn voters — again — to approve a bond vote for purchasing the property.

Ed Trompke of West Linn’s city attorney office sent a letter Dec. 16 to the attorney for the school district, Jacob Zahniser, outlining a proposal that would see the 10-acre fields re-appraised by both the district and the city. The city would then put the purchase of the property — priced at the average of the two new appraisals — on a May 2023 bond measure.

“The proposed resolution below is contingent only on the approval of the governing bodies of both the City and District, which the City believes should, and can happen,” Trompke wrote in the letter.

According to West Linn-Wilsonville’s counter offer, the district is amenable to another bond vote in May. But the district rejected the city’s proposal to set the purchase price at an average of two new appraisals and instead asked for its original preferred price of $6.5 million.

West Linn residents already approved a $3.5 million bond this past May to purchase and upgrade the property, which the district has owned for 40 years. However, the two parties are still locked in a legal battle over a purchase and sale agreement signed in January 2022.

In November the city filed a motion for summary judgment in Clackamas County Circuit Court asking a judge to decide the case without a jury trial.

A jury trial was originally scheduled for January 2023 but has been rescheduled to June.

The city’s proposal specified that both parties should use entirely new appraisers, but the district took issue with the city’s request to include a park use restriction for the property as part of the appraisals.

“The City is not interested in removing or altering any language from the (original purchase and sale) Agreement relating to the use restriction because that language comports with the desires and expectations of the community,” Trompke’s letter stated. “The City believes that the aforementioned course of action will allow the voters of the City, who are also voters of the District, to determine what is fair for their governments and their community.”

The district replied through Zahniser in a letter sent Dec. 21. Zahniser wrote that a re-appraisal would allow the city to once again seek a valuation below the “fair market value.”

“If the City was interested in a fair and transparent process, they would offer the strategy of a joint appraiser again, or accept the value of $6.5 million,” Zahniser wrote in the Dec. 21 counter offer. “The only reason this proposal is being made is to, once again, attempt to secure the property for less than fair market value and swindle the District’s constituents and shared taxpayers of this asset.”

Four days before the city sent the settlement offer, the district, on Dec. 12, submitted a scornful response to the city’s motion for summary judgment in the ongoing litigation.

The district’s response to the motion, written by Zahniser, alleged the city “colluded” with appraiser Sam Romanaggi and executed the deal with “subterfuge” and evasion to “swindle” the district out of millions of dollars by fixing the appraisal process so that it valued the property at $120,000.

“Public bodies such as these, representing the same constituents, are supposed to work together in an honest and transparent manner, but here the City seeks to swindle the District out of the true value of Oppenlander Field,” Zahniser wrote.

If the city and district agreed on a measure but it was rejected by voters, the district would be free to sell Oppenlander to another buyer. Trompke explained that the previous bond measure was written with enough ambiguity that the city does not have to issue the $3.5 million in bonds from the May 2022 measure.

If the two agencies can’t come to an agreement, litigation will continue on its current course.

In the Dec. 12 response to the city’s motion for summary judgment, and again in the Dec. 21 counter offer, Zahniser argued that the city failed to bargain in good faith by colluding with appraiser Sam Romanaggi and inserting a clause into the purchase and sale agreement that was not in a previously approved letter of intent for the city to purchase Oppenlander.

The purchase and sale agreement stipulated that the property would be evaluated through an official joint appraisal process. If the city and district could not agree on an appraiser, the parties could each conduct their own appraisal and use the average of the two valuations to set the purchase price.

The district and city ended up agreeing to use Romanaggi for the joint appraisal as recommended by West Linn’s city attorney office.

However, the district alleged that Romanaggi’s valuation was not a “joint” process because Romanaggi treated the city like his sole client. Zahniser also wrote that Trompke surreptitiously told Romanaggi that the city wanted a low value for Oppenlander, so that the price would be palatable to voters.

According to Zahniser, the city never disclosed these instructions to Romanaggi with the district and claimed privilege over them when the district sought to obtain them for discovery during litigation.

“As instructed, the appraiser began researching ‘low $/Acre sales’ and comparable sales of property under $200,000,” Zahniser wrote in the Dec. 12 response.

During depositions, former Mayor Jules Walters and City Councilor Todd Jones allegedly admitted that these instructions to Romanaggi and the city’s attempt to hide them from the district made it seem like the city acted in bad faith, the district response stated.

However, Jones told Pamplin Media Group that the district response took excerpts of his deposition out of context. Though he said “someone” could make the argument that the city acted in bad faith “based alone on the things you’ve shown me,” Jones contends he also stated that he expected there was more to the story than the few documents school district attorneys showed him — but that part of his deposition was not included in the district’s response. Walters added during deposition that “maybe all parties did not act in good faith,” according to Zahniser’s response.

Additionally, the district cited Councilor Bill Relyea’s statement during deposition that Trompke’s instructions may have been questionable, but he was more upset that he gave them via email.

“More Machiavellian, City Councilor Bill Relyea called into question whether Mr. Trompke’s instruction was professional or ethical but then stated he would not ‘have put something like that in writing’ because ‘[w]hen people don’t want something recorded, they make a phone call,’” the response read.

Relyea clarified he meant Trompke was not trying to hide the emails to Romanaggi.

“If he was trying to hide something, he wouldn’t put it in writing,” Relyea told Pamplin Media Group.

The district’s counter offer claimed the city would attempt to use the re-appraisal process to again obtain a low valuation of the property.

In June 2021, when the district restarted talks with the city about selling Oppenlander, the district stated the sale would be predicated on the land remaining a park.

Now, the district argues in response to the summary judgment motion that the city acted in bad faith by using an after-sale use restriction — that the land remain a park unless voters permit otherwise — to devalue the park when such restrictions were not used to determine purchase price in previous land transactions between the district and city.

Both parties agreed that the restriction would come from the city designating the field a park under Chapter XI of the City Charter, which would require voter approval to reverse.

“Based on earlier dealings, the District believed the inclusion of Chapter XI language would not reduce the purchase price,” Zahniser wrote.

The district’s response mentioned the district buying 1.6 acres of Sunset Park from the city in 2011 for $460,000. The response stated this price was greater than the real market value.

Zahniser wrote that the district made clear to the city that it wanted $6.5 million for Oppenlander, and had received an offer of $7.7 million for the property from a residential developer when it was briefly for sale on the open market.

According to the response, Jones and Walters both admitted during deposition that they expected the appraisal to value the property at at least $6.5 million. Here, Jones clarifies that he assumed the appraisal would be around $6.5 million because he did not at that point understand how the park designation would affect the valuation.

Zahniser also stated a letter of intent previously signed by the parties did not mention that the Chapter XI designation would affect the appraisal values. Zahniser wrote that the city “surreptitiously” inserted this stipulation in the purchase and sale agreement.

The purchase and sale agreement clause Zahniser mentioned stated that the appraiser should take “into consideration all factors as such appraiser in its professional discretion deems relevant, including without limitation, all encumbrances on title and all limitations on the permitted use of the Property made as conditions of this sale.”

The district argued that Walters, Jones and City Manager John Williams said during depositions that they did not know where this clause came from. It also claimed the Chapter XI designation would not be an “encumbrance in title” and therefore should not have been taken into consideration during the appraisal. The designation is not an encumbrance in title because it could be removed by voters in the future, Zahniser explained.

According to the response, Romanaggi admitted during deposition that he never read Chapter XI.

District, City of West Linn back at Oppenlander negotiating table

After pushback from community, WL-WV School District wants the city to preserve the land as a park

Check your email for details.

Submitting this form below will send a message to your email with a link to change your password.

An email message containing instructions on how to reset your password has been sent to the e-mail address listed on your account.

Your purchase was successful, and you are now logged in.

A receipt was sent to your email.

This offer is currently unavailable.